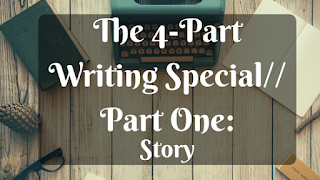 Jules over at Saver of Memories created this group special thingy. A number of bloggers joined her and over the past few weeks, we collaborated on four sets of ten questions concerning our WIPs. The point was to get ourselves excited about our projects. It definitely worked for me!

Today is the first day and I'm super pumped to be a part of it! This special is split into four parts (no kidding, Sarah. We couldn't have figured that out by the title!). Each week we will post the next part of the tag, where we'll answer questions about our WIP, focusing on a different topic. This week's post is all about the story itself.

~What is the title, genre, and current status of your WIP?~

My WIP is The Dawn of a Hero. It's a medieval fantasy and is currently in the middle of its third draft. I'm almost done with this draft (though I feel like it's probably going to take forever, seeing how my schedule is right now). It's gone through a serious rewrite and major restructuring. Exhausting work, but definitely worth it! My story is much better because of it.

~What do you think makes your story unique?~

The kinds of characters that I write. I don't write your normal heroes or heroines. I write about people who are trying to find their place in the world. As a person who struggles often with finding purpose, this is a trait that I connect with. My MC wants to know whether or not she has wasted her entire life by devoting it to a failing cause. Yes, no one is perfect, but how do you know which imperfect cause is worth fighting for? I know that she's not the only one who doubts her place in the world, so I feel like it is something that is unique and relatable.

~Where did the title come from?~

This is a long, hilarious, and a rather embarrassing story. Its original title was The Dawn of the Blue Knight. That was back when the POV was a different character and the entire series plot was going to take a slightly different turn. Even then it sounded stupid to me. When the plot changed (though I still had the original POV character), the title changed to The Dawn of the Knights. Still didn't work, because the story wasn't about the dawn of the Knights. So... fast forward a few years, when I finally got my POV character straight, I realized what the title of the story should be. Thus The Dawn of a Hero was born.

~How long have you worked on your WIP~

I've worked on it on and off for about 6+ years. It took me a year to handwrite the first draft. I tried to come back and edit it several times during the next few years, but I always hit a roadblock with the next draft. Nothing was working, so I focused on writing the next few books along with a sequel trilogy.

I finally found the answer to my struggles, buckled down and rewrote the entire thing, and I had a superior second draft. Now I'm working on the third draft. I hope to finish it by the end of the month.

~What do you think people will enjoy most about your WIP?~

I think probably the honesty and redemption in the book (and maybe some of the humor). There are betrayals, fights, families, and real life. Even though it's a fantasy, and so obviously it can be a bit far-fetched, I wanted to write about real struggles. As a reader, I know I like it most when the author writes about real struggles and real responses, so that is what I hope to give my readers. I don't want some cliche story (though it probably looks and sounds like it's a cliche right now because... it's the third draft) where everyone is either perfect or dead.

~Provide a snippet (long or brief) of a favorite scene~

This is a brief conversation between my MC and her best friend, Hannah.


"It is not for us to know the hearts of others.” She (Hannah) chuckled lightly. “What a world it would be if we could. Domination and destruction would reign unchecked. We would constantly want to manipulate and control others.”

Laylah looked her friend in the eyes. “But we would see the blade coming before it stabbed us in the back.”

Her friend’s hands dropped away as she looked to the ground. “Yes, but would you want to see it? Knowing full well that you could do nothing to change it?”

I'm not entirely sure what this means, but I'll give it a go.

Did I do okay?

~What is the hardest thing to write with this story? The Easiest?~

I think the hardest thing for me to write is the characters. At first, I based them off of real-life people. When they started moving away from their real-life counterparts, I was irritated. It made writing very difficult and I still don't quite know them at times. I'm working on getting to know them as they are now instead of who I wanted them to be, but it's taking some time.

The world building is probably the easiest part of writing this story. I'm in love with Reylance. It's almost like another home. I've spent so much time designing the world, I practically live in it now.

~A line where the tension builds~


Captain Arden placed a hand on James’ shoulder. “Thank you, young man, for coming to us. You have heart and bravery beyond your years. We are honored by your confidence in us and we are very sorry for what happened. Unfortunately, I’m not sure…”

Laylah stood up. “We will go.” She said, interrupting the rest of his sentence. All eyes turned on her. She jutted her chin out. “The Edifuni team will go with James and rescue his sister.” Her heart pounded in her chest. What had she done?

~Explain the plot in one line~

A Knight, disillusioned about the cause she spent most of her life fighting for, goes on a mission to rescue a young girl in hopes that she'll find her purpose again.

There you have my answers. Please go check out the rest of the participating bloggers and their answers if you haven't already! They're bound to be amazing. 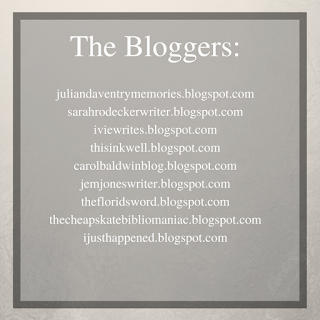