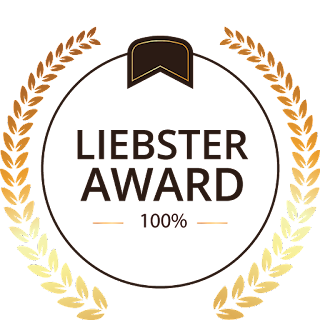 Guten Tag! Wie ghets? Julian @Saver of Memories nominated me for this award. I'm so excited about this! For starters, it's a German word. German is an awesome language. So lovely and rough. *swoons* I sincerely apologize to anyone who is German. I probably just butchered your language with my usage. It's called #itried #probablyfailed

Okay, back to the award.

There are a few rules to this thing (more than a few, actually).

2. Display the award by including it in your post and/or displaying it as a widget/gadget.

6. Inform the people you nominated that they have been nominated and provide them with a link to either your own post or the original post.

Thank you, Jules, for the nomination! You're always epic. If you haven't checked out her blog yet, you totally need to! She and I are the co-founders of The Order of the Pen, which we created back in 2014.


~Favorite Blog (in which I am a rebel)~

I really feel annoyed that I have to pick one, so instead, I'm going to brag about the people who actively read/comment on my blog because they are amazing people. It's my blog. I can bend the rules if I want to.

Julian @Saver of Memories is my best friend since I was a kid. She and I got into writing together and we're currently working on co-authoring a book together. She's the person behind the 4-Part Writing Special, which a number of us bloggers took a part of in October. She's planning another for some time in February (I think) so go get in contact with her if you want to be a part of that. Seriously, it's totally fun!

Evangeline @I Just Happened is also epic. We've been friends for 13+ years. She's my go-to for anything world building/characters. She just wrote an awesome post about creating new creatures for your fantasy world (or whatever world you're making at the time). Go check that out. I don't' think I've seen a better post.

Jem @Jem Jones, Writer is one of our newest members of The Order of the Pen. We got to know each other through Camp NaNo. She's adorable and hilarious and everyone should go check out her blog. Why are you still here? Go, seriously. Shoo.

Ivie @Ivie Writes is one of the first people to comment on my blog other than my fellow tOotP members. She's awesome at interaction and works hard to keep strong relationships with fellow bloggers. Go check out her blog because she is totally cool.

Gray @Writing is Life is totally sweet and encouraging. I get so happy when I see she's commented on my blog. She is one of the driving forces behind the #RebelliousWriting movement. Every post from her is thoughtful and deep.

Catherine @The Rebelling Muse is incredibly writerly. She always takes the time to comment on my writing posts, which makes my day. She also works hard for the RW movement.

Lila @The Cheapskate Bibliomaniac is just hilarious/amazing. She is the person who gave me one of the most amazing compliments ever, so you know she's awesome.

Carol @Carol Baldwin's Blog I was able to get to know through Julian's special. She gives lots of advice to us younger writers. She's working on a historical fiction based on a place near my place, which is pretty cool.

So there you go. A whole list of blogs that you need to go follow if you haven't already. They're amazing people.

Your nomination, should you choose to accept it (you don't have to if you don't want to. Also, I apologize to anyone who has already been nominated for this.):