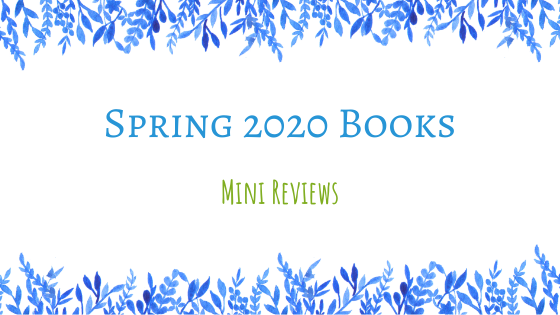 This season's book selections got more and more in a rut as the days progressed, which is fine by me. I found authors I really wanted to dive into at the moment and I just ran with it! I was getting out of a reading slump and these were exactly what I needed to climb out.

I finally found my reading groove last year, which has helped me continue consuming books even when I'm struggling to read. When I don't feel like physically reading, I've found I really enjoy mystery audiobooks! Anyway, I'm pretty pleased that I'm already over halfway through my reading goal.

~The Wide Window by Lemony Snicket~
7/10

Wow, Aunt Josephine. What a character.

Also, I'm thinking this might be my least favorite of this series? Maybe? I'll have to read the rest to remember, but I know for sure it's not the best.

As I said in my previous book wrap-up, I'm going to do a big series review for TSOUE at the end of the year, so I'm not going to go into depth here.

This is the second book in the series, so if you haven't read the first, you might want to skip this as it might contain spoilers.

Gotta say, this was a VAST improvement upon the first book. Still hated the messy love situation. Still didn't like Braith all that much. But there was much more focus on the weaver part, which was what I was here for to begin with. And the ending had me bawling my eyes out because #manthathittooclosetohome #rightinthefeels

I also appreciated getting to spend more time with Mor. I felt like I was able to get to know him more (see what I did there?) and really understand his background. Though, I'm not yet on the #moremor bandwagon like most people.

Spoiler: *Upon first sighting of Diggy:

"I've only known this girl for a little while, but if anything were to happen to her, I'd kill everyone and then myself."*

I have decided that I'll go ahead and see this series through. It looks like the horrid love mess will die away (literally and figuratively) and the weaver part will grow to be a bigger portion, which, quite frankly, is what I came here for anyway. And I did get a copy of The Story Hunter, so I'm hoping to dive into that one very soon and see if it was worth following along.


~The Miserable Mill by Lemony Snicket~
7/10

I'm finally getting into the books of this series that I haven't reread yet. It was kind of fun to read this one again as I'd forgotten almost all of it!

One thing that sticks out to me from all of the books is that, no matter how horrible the circumstances are and how badly a lot of the people treat the orphans, there is always at least one person who is a bright spot in their lives and just pours grace and positivity into them. Let's be those people, okay?

~The One and Only Ivan by Katherine Applegate (audiobook)~
5/10

Yes, I know this is a kid's book. I was bored and the audiobook was super short, OKAY?!

Overall, it was pretty good, but I'm clearly not the intended audience.

I checked this out because the audiobook was under 4 hours long and it sounded interesting. I didn't expect to actually like it, but once I started listening to it, I was thoroughly hooked.

Basically, she (Nellie Bly) was given an assignment by her editor to get admitted to an insane asylum in order to write a piece on the conditions there.

A solid third of it was her working on getting herself assigned to the insane asylum on Blackwell's Island. It was actually kind of amusing hearing about the act she put together to get herself proclaimed insane.

The rest was fast paced, but pretty sickening. The way they treated "insane" people is inexcusable. What's more so? The fact that a good deal of them were in their sound mind to begin with, but no one believed them, and then they became unstable due to the conditions there.

Some of the content might be triggering for some readers, so be mindful of your mental health at the moment. There is stuff that should get you angry, so if you're not currently in a place where you can handle that, it might be best to not pick it up.

~The Austere Academy by Lemony Snicket~
8/10


I honestly don't know how I feel about this book. Overall, I really enjoyed it a lot. I loved (okay, didn't love, exactly, but found it gripping) the arena fighting. At first, I didn't really connect with Javin, but after a little while I grew to love him. I really enjoyed seeing his drive for his people.

But there were some things I didn't quite understand. Like, I couldn't really connect with the villain. Like, I kind of found him shallow. I really wished he was more... smart? I guess. Like, I felt like he was a bit of a blinded idiot. Some of his decisions seemed kind of stupid, but whatever.
Also, the ending felt a little rushed. I didn't feel like enough time was dedicated to tying things up, but I guess that's okay.

You ever be like, "man, I wish something would address the things I'm feeling right now" and you pick up a book and it does just that? This was that book for me.

I struggled a lot with a bunch of things these past few months and every time I picked this book up, it covered what I was feeling. It was really good.

Derek Thomas is one of my favorite pastors. He has such a love for the gospel. I really enjoy listening to his sermons on the rare occasions I can't make it to church.

In this book, he covers Romans 8 and breaks it down to show how the gospel not only matters at our initial conversion, but how it builds us up in our Christian walk and how it brings us all the way home. As C. J. Mahaney says in The Cross Centered Life, "you can never get away from the gospel."

It was excellent and I recommend it to every single Christian in the world. Go read it.

~And Then There Were None by Agatha Cristie (audiobook)~
7/10


Can you believe this is the first Agatha Christie I've ever read? #fakemysteryfan

Anywho, I thoroughly enjoyed this!! The first chapter was a bit confusing, what with all the introductions to characters, but after that, it was gripping from start to finish. I kind of guessed whodunit, but then I thought it couldn't be possible, but then found out I was right. It was a wild ride!

Can't really talk much more about it otherwise I'll go into spoilers, but all in all, I really enjoyed it. I honestly think it was one of my favorite reads this spring.

Full disclaimer, there is a great deal of swearing and taking the Lord's Name in vain, so be aware of that.


~Murder On the Orient Express by Agatha Christie (audiobook)~
5/10

I checked this audiobook out immediately upon finishing And Then There Were None, which was probably a terrible idea as it was vastly different. I picked it mainly due to all the hype surrounding it, what with the movie and all. I didn't find it nearly as exciting or compelling (I also figured it out, which, ya know, might be due to the fact that I watch a lot of crime shows).

I found Poirot to be an annoying character. I mean, sure, he was amusing, but he kept beating around the bush and the entire book could have been shorter if he'd just revealed whodunit when he figured it out instead of toying with people.

But anyway, I really did like outcome, even though I did guess it. I like that trope in books and I rarely see it used.
There was some swearing and taking the Lord's name in vain.

My mom suggested I try this one since I decided I preferred Christie's thrillers over her detective mysteries. It was definitely creepy, which I really enjoyed. Some reviewers said they could feel evil dripping off of every page. While I don't know if I agree, there was definitely something more sinister about this one in comparison to a detective mystery.

If you prefer fast paced plots, this is not for you. This is entirely a character-based book with very little plot to move it forward. It's very introspective, which I love. While I do love a good fast paced book, I have a special place in my heart for quiet, thoughtful books. It's like sitting on a swing-set and letting the other person reveal their darkest secrets to you. This was especially so listening to the audiobook.

Basically, the narrator is just telling us a story about him and his wife and the events that unfold after they purchase the "cursed" Gypsy Acres.

The ending was messed up, not gonna lie, but was really good and blindsided me. Like, I won't give anything away because #spoilers, but it made me a little sick.

As with the other two Christie books, there is swearing and taking the Lord's name in vain, as well as some innuendos, so be aware.


~The Ersatz Elevator by Lemony Snicket~
8/10


I was today-years-old when I realized that the Squalor's name was a joke. Esme is always trying to be "in" so basically it's "living in squalor." Yeah, took me almost the entire book to get that...

I fell into a reread mood while reading The Series of Unfortunate Events, so I decided to pick up The Chronicles of Narnia and reread those as well, seeing as it's been a good 13 years or so since I last read them.

My reviews for these will pretty much be me screaming random thoughts, without much cohesiveness to go with it. Be warned.

I'd forgotten how awful Uncle Andrew was. Like, wow. I really wanted to slap him the first time we met him. What an awful man.

I'm also glad to say that reading it now went much smoother than reading it when I was a kid. It wasn't as dry and boring as I remember it, which is a relief.


Ugh, so good!! I immediately wanted to go watch the movie!


Not so unpopular opinion: the movie was better.


Such a fun sea adventure!

And Eustace is still one of my most favorite Narnia characters, right behind Edmund.

Also, the opening line is possibly one of the greatest things ever.

And Reepicheep is such a pompous moron in the books.


I feel like this was one of the more exciting Narnia books. Jill was a super compelling protagonist. I also relate hardcore to Puddleglum.


Both a sobering and encouraging read. I'm glad I read it!

I do disagree with some of Lewis's theology in this one, but I won't hold it against him.

Also, I feel like this was where the concept for the Tardis came from? The line where "it's bigger on the inside than the outside". Not at all verified, just a random thought.

Anywho, those are the books I read during the spring!


Onto y'all! Have you read any of these books? If so, what were your thoughts? What was your favorite read of spring?