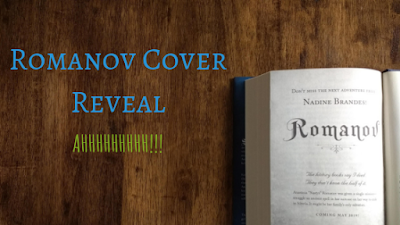 I've got something super special for y'all today!! As many of you know, Nadine Brandes has a standalone YA historical fantasy about Anastasia coming out May 7th, 2019. And today is the date for the cover reveal!!!!!! AHHHHHH!!!

I absolutely loved reading Fawkes and A Time to Die, so of course I jumped at the chance to be a part of her cover reveal for Romanov. But, before we get to that, how about a bit about the book itself?

The history books say I died.

They don’t know the half of it.

Anastasia “Nastya” Romanov was given a single mission: to smuggle an ancient spell into her suitcase on her way to exile in Siberia. It might be her family’s only salvation. But the leader of the Bolshevik army is after them . . . and he’s hunted Romanov before.

Nastya’s only chances of survival are to either release the spell, and deal with the consequences, or enlist help from Zash, the handsome soldier who doesn’t act like the average Bolshevik. Nastya’s never dabbled in magic before, but it doesn’t frighten her as much as her growing attraction for Zash. She likes him. She thinks he might even like her . . .


I'm really excited about this one! I've been interested in Anastasia and her family ever since I was a young girl. The mystery around her death. The grief I felt when I first learned of her family's fate. The reality that things like that really happen. So a book all about it just sounds right. And by right, I mean something that I'll probably bawl my eyes out over because how can a story about them end well? 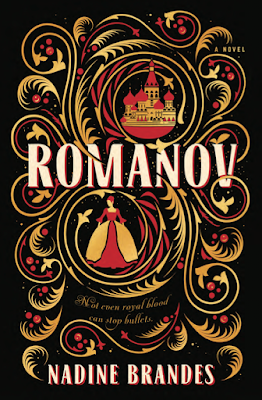 *Insert me screaming like the maniacal fangirl that I am*

I simply can't wait to read this!!! Isn't that cover amazing?!

And, what's even better, is it's already up for preorder. You can check it out here!

I mean, who doesn't want to buy a book months in advance and then be totally surprised when it shows up because you forgot you ordered it? That's like, a time-release happiness bomb. A gift to your future self for being awesome. A carefully planned pick-me-up for when you could potentially feel down. Or even a gift for the Russian fanatic in your life who happens to have a birthday around the time of it's release.

Whatever you want to call it, you should consider pre-ordering it if it sounds like something that you're interested in. Nadine's writing is so lovely! And if even she's considering Romanov's writing better anything she's written before, then I can't even begin to imagine what it'll be like!

Does this sound like something you're interested in? What do you think of the cover? Have you read any of Nadine's books before? Fangirl below!